Posted on December 2, 2018 by embuckeridge

It had been a while since I’d done a pond mani, and I wanted to try something other than white dots, so that’s where the idea of glitter came from. Plus, red and partly is definitely Christmassy.

The red polish is from W7 and it’s part of their jelly bean range. It’s called sun kissed tangerine, which makes me feel like it’s actually orange, but it still looks red to me. The glitters were from a set I found on amazon ages ago. It’s just little hexagonal iridescent glitter, in a little plastic pot. 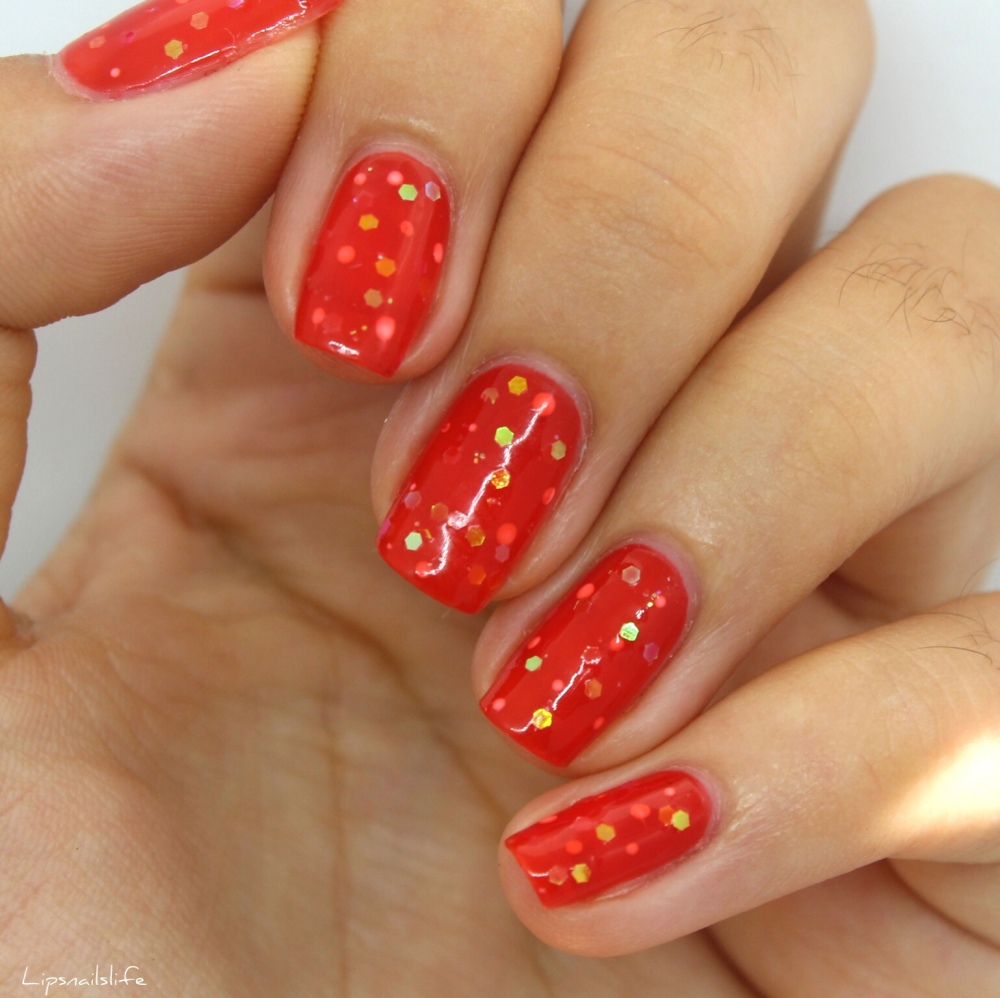 I started by applying a base coat, then a thin coat of the jelly polish. I dotted a few pieces of glitter across each nail, with one or two white dots, just to add something extra and show the dimension off better. I repeated this twice until I was happy with the layout of the glitter and dots. I finished with a coat of seche vite top coat.

I really enjoyed wearing this mani, The glitter really glistened in the sun, and you could see through the different layers as well. I don’t often wear bright red polish so it was nice to try something different.

I hope you enjoyed this little mani, and me actually managing to post my first blogmas post 😂

NO 1 SKINCARE, BEAUTY AND LIFESTYLE BLOG IN GERMANY

What makes me happy

Everything that makes me feel good and makes smile!

For The Love Of Life