On a recent trip to B&M I picked up 4 of the 5 Unicorn collection polishes from W7. They didn’t have all 5 in stock when I went, but knowing me, I wouldn’t have picked up the fifth anyway. When I grabbed these, they were £1.99, but on the W7 website they are £4.95.

All of the polishes are named after unicorns and they all fit really well. There is serenity, Gratiana, Alanala, breanna, all of which I bought, and Drisana, which is a grey with a slight blue shift. All of the collection are duo chrome polishes which is what attracted me to them. They’re all really vibrant colours and unique combinations, plus I really couldn’t argue with the price.

Now, lets get onto the actual polish! 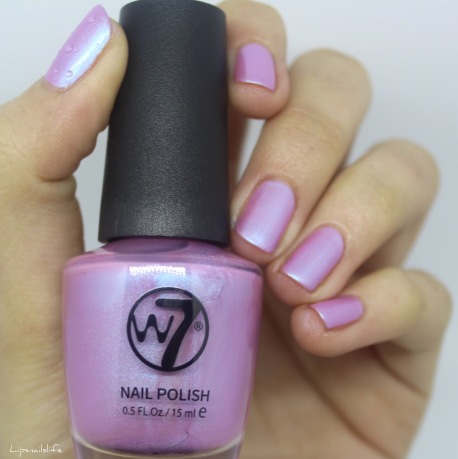 Breanna is a lilac pink base with an electric blue shift. This is what I stereotypically think of when I think of unicorns. This is a really pretty, dreamy colour, incorporating my favourite colours and tones. 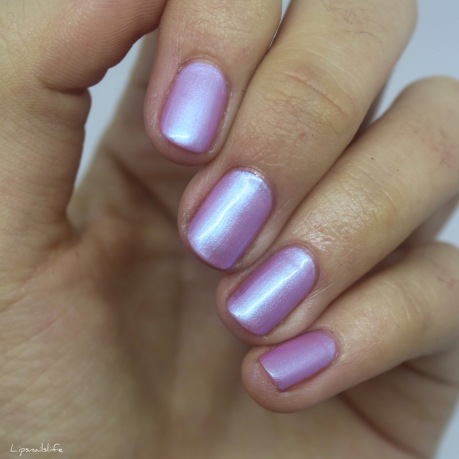 This picture is two coats of polish and it’s fully opaque. There aren’t any noticeable streaks in the polish which is a bonus. The shift in this is also very intense and beautiful.

This polish was very easy to apply, and the formula was really easy. It wasn’t too think nor too runny. The first coat was quite sheer but the second coat really built up opacity.

The second colour I tried was Alanala.

This polish has a cool toned lilac base with a cool pink shift. This polish was no where near as opaque as Breanna, having used 3 coats for this picture but not quite having reached full opacity. 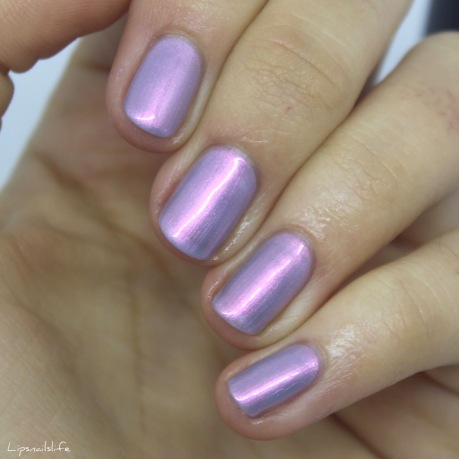 The shift of this polish is also very intense and electric, which is a recurring these through all of these polishes. The shift of this one though isn’t as much of a difference as the other colours, the base and shift shade are similar. 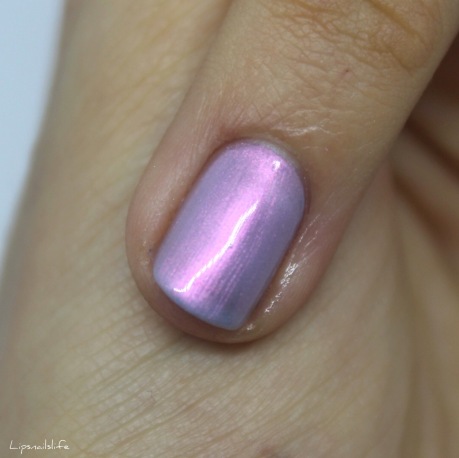 The formula of this polish was also good, if not slightly on the thin side, but nevertheless still very easy to work with. It isn’t too streaky, and also produces a lovely glossy shine.

The next polish was Gratiana. 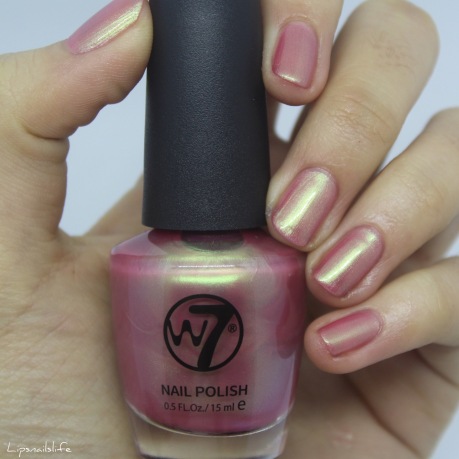 This polish somehow manages to be subtle and bright at the same time, at least against my skin tone. It’s base colour is a slightly dusty rose with a cool toned green shift.

Because the green shift of this one is so cool toned it looks very pale in comparison to the rose base. I really like the contrast not only in colour, but also in vibrancy of the colours. Also with this polish, I feel there are different depths of the base colour.

The formula of this polish was similar to the others, though this one was very similar to Alanala in the fact that it was more on the sheer side. These pictures show 3 coats and just about reaches an acceptable level of opacity. Like the others though, this has a very high shine glossy finish.

You can notice the streaks in this polish a little better because of the difference in the two colours.

The last but by no means least colour of the 4 is Serenity.

Serenity is a red/hot pink base with a golden yellow shift. These two colours blend beautifully with each other and the vibrancy makes this polish really pop.

the formula of this is equally as great as the others and despite the colours being hugely different, the streaks aren’t greatly noticeable.

In these pictures I had only used 2 coats to reach this level of opacity which is amazing. Unlike Breanna, the first coat of this polish was equally as pigmented as the second.

The shift in these polishes are not only vibrant and clear, they’re really shimmery as well, another well known characteristic of a unicorn.

Overall I think W7 has done a really great job on these polishes. The only bad thing I can really say is I wish that they had a little more variation in the polishes. A few with a blue or green base would have been nice, but this isn’t enough for me to say anything bad about the polishes.

If you’re someone who loves duo chrome polishes then these are great. They’re very different to any polishes i’ve ever seen before, and the quality is great if you can get them for a good price like I did.

I will have to look into getting the fifth polish and see how it compares. I do like that they incorporated a darker shade.

I hope you enjoyed reading this review and the swatches. Let me know if you’ve tried these polishes or if you like the idea of these.

Thank you, until next time!

NO 1 SKINCARE, BEAUTY AND LIFESTYLE BLOG IN GERMANY

What makes me happy

Everything that makes me feel good and makes smile!

For The Love Of Life